Generally Lighter Fare--please put Politics in Politics and News in News. Things that don't fit in either of the above categories.
Post Reply
1 post • Page 1 of 1

No, it's not used to determine the number of state representatives (otherwise there would be more Dems in the NY statehouse!)

Why Count All the Squirrels in Central Park? Why the Heck Not
nytimes.com
10/9/2018

ATTENTION, urban rodent fans. On Saturday, an army of clipboard-wielding enumerators fanned out across the 840 acres of New York City’s most beloved green space in search of a skittering quarry: Sciurus carolinensis, familiarly known as the Eastern gray squirrel. 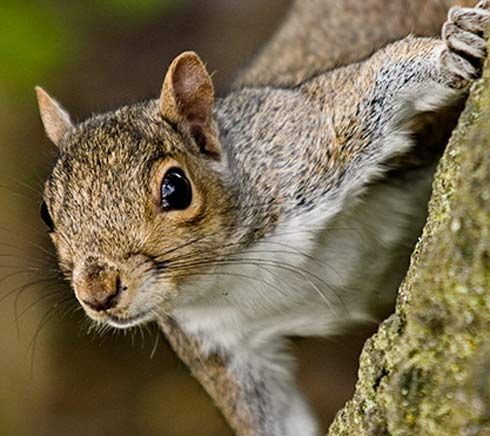 They were conducting what purports to be the first-ever comprehensive Central Park squirrel census. The census, which will take two weeks, is the brainchild of a writer named Jamie Allen, who led a similar census in 2012 of Inman Park in Atlanta. The official results will be published next spring.

For God’s sake, why?

Lots of reasons. For one thing, Mr. Allen said, the wonders of the Eastern gray squirrel have yet to be plumbed, despite -- or maybe because of -- its ubiquity. Every so often “a new study will come out about Eastern gray squirrels,” he noted, “that will tell us something about their intelligence or behavior patterns that we should have figured out a long time ago.” A few years ago there was the revelation that squirrels “lie,” fake-burying nuts when other squirrels are watching. Last year researchers determined that squirrels engage in “spatial chunking,” sorting nuts by size, type and possibly nutritional value.

“There’s not a lot of squirrel data out there,” Mr. Allen, 49, said. “So the first step is collecting the squirrel data. You start to see patterns in behavior, and then you can use the data for any research you’re working on.”

The data from the census in Atlanta was used by a wildlife epidemiologist for a paper on the spread of West Nile virus in a different park in that city.

Another reason for the count is to simply answer the question “How many squirrels are in Central Park?” But Mr. Allen said that for him, the value of the census is the opportunity to tell a story -- “about the Eastern gray, urban green spaces and us.”

Colin Jerolmack, the chairman of New York University’s department of environmental studies, is requiring the graduate students in his “Animals, Culture and Society” class to participate. “Observing animal behavior at close range may affect the way people think about the environment around them,” he said.

How is the census being conducted?

The census team has divided the park into 350 one-hectare squares (a hectare is about two and a half acres). The counters -- called squirrel sighters -- spend 20 minutes in a hectare, first walking its perimeter, then canvassing the interior. Hectares are surveyed when squirrels are most active, once in early morning and once in late afternoon.

“Each hectare is different,” Mr. Allen said, “so the first thing I notice is the types of trees. If it’s a nut-producing tree, the squirrels may be on the ground foraging. Then you would look up into the tree for nests. Now let’s say, for instance, there’s a light breeze. It’s almost a godsend. You can look at a tree and the whole tree will be blowing in a certain pattern and one branch will move in a completely different way, and you follow that and you find the squirrel.”

The sighters are also noting the presence of other animals, including humans, pigeons, raccoons, raptors, dogs and cats.

To divide the park into 100-meter squares that people can easily locate required a much more detailed map than existed. So the team’s cartographer, Nat Slaughter, spent 15 months making one. He said it was one of the most detailed maps of Central Park ever created; the compact version he carries around measures 18 inches by 6 feet.

In addition to the usual roads and sidewalks and buildings and archways and bridges and glades and meadows and buildings, the map shows patches of exposed bedrock, the number of stairs in each staircase and three kilometers of footpaths not on any publicly accessible map, Mr. Slaughter said.

Sometimes, but that’s O.K. because the census uses a formula that adjusts for both double-counts and squirrels that escape detection altogether. “You have to factor in that squirrels are pretty good at hiding,” Mr. Allen said.

The formula is adapted from the squirrel biologist Vagn Flyger’s landmark 1959 paper “A Comparison of Methods of Estimating Squirrel Population,” published in the Journal of Wildlife Management: The estimated number of squirrels in a given area, P^P^, is AZVπSy2AZVπSy2, where A is the area surveyed, Z is the number of squirrels seen, S is the time spent observing, y is the average observation distance, and V is a “visibility quotient” representing the portion of habitat that can be observed. Flyger, after years of field work and fine-tuning, used a V of 0.6.

As applied in Central Park, the formula adds about 6 percent to the number of squirrels observed. That is, if 10 squirrels are seen in one hectare, the formula yields an estimated abundance of 10.6 squirrels there.

Has anyone ever counted the squirrels in Central Park?

Not in a systematic way. In 1958, a mammalogist at the American Museum of Natural History, Richard Van Gelder, threatened to do a census in which he would squirt the park’s squirrels with dye to track them, but did not follow through. In 1974, a New Yorker writer named Eugene Kinkead conducted an informal one-man survey. He estimated the squirrel population at over 400.

“Four hundred feels really low to me,” Mr. Allen said, noting that squirrels in wild communities average about 2 per acre and that the park has a much higher squirrel density than the average piece of forest.

In 1983, the city’s Department of Parks and Recreation proposed a park-wide census, also involving dye, in which it would paint 50 squirrels purple, rerelease them and extrapolate a head count based on purple squirrel frequency in the general population. But according to the New York Times, “the right organic dye couldn’t be found.”

Who’s paying for this?

Mostly the census team, since its Kickstarter campaign failed. The researchers have received a bit of sponsorship money and some in-kind donations, like office space at the Explorers Club on the Upper East Side. It is, Mr. Allen said, “a shoestring operation.”

Do they still need volunteers?

The squirrel-sighter slots are filled; however, the census is still looking for squirrel scouts, who guide the sighters to hectares and help orient them.

Scouts must be good at reading maps. They may also get to count a few squirrels. If you’re up for the challenge, sign up at thesquirrelcensus.com.

Return to “The Lounge”

Users browsing this forum: No registered users and 0 guests