'SportsCenter' returns to its roots

'SportsCenter' returns to its roots 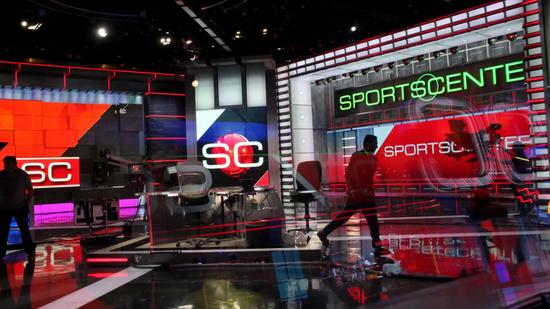 BRISTOL, Conn. – During a recent episode of SportsCenter, anchor Keith Olbermann was counting down a series of top plays when he arrived at a block by Duke star Zion Williamson.

“He puts a 21-49 down!” Olbermann announced as a slow-motion replay zoomed in on the thunderous rejection. That was an inside joke, one only the most connected of ESPN insiders would understand.

Olbermann was referencing the phone extension of a man without any name recognition outside Bristol, but one who has been tasked with reviving the network’s signature program, in part by drawing on his nearly four decades at the “worldwide leader in sports.”

“I’ve had the same extension since I got here,” Norby Williamson said. Williamson, 55, is something of a mythical figure at ESPN, a central Connecticut native who started in the mailroom in the 1980s and became the first producer of the 11 p.m. SportsCenter. That show, hosted by Olbermann and Dan Patrick, helped turn ESPN and its signature highlights program into cultural icons in the 1990s.

By last year, the show was suffering from slumping ratings as the company fought against the business climate of cord-cutting and the divisive politics of the Trump era. Enter Williamson, who was named ESPN’s executive vice president of studio production in November 2017, placing him in charge of SportsCenter. His strategy: Return the show to its roots as a hub of news and highlights.

Users browsing this forum: No registered users and 11 guests